KemPharm has closed a transaction to acquire essentially all the assets of Denmark-based Orphazyme, including the company’s lead product candidate, arimoclomol, being investigated  for the treatment of Niemann-Pick disease type C (NPC). The addition of arimoclomol significantly expands KemPharm’s pipeline targeting rare neurological disorders and CNS diseases, and the deal meshes well with existing assets, such as serdexmethylphenidate for idiopathic hypersomnia (IH), and management’s expertise in this area. KemPharm has publicly discussed its intention to expand its pipeline potentially through both internal and external opportunities since the approval of AZSTARYS® in March 2021, and this acquisition appears to support the new strategic focus on rare disease treatments.

NPC is a rare, progressive lysosomal storage disorder characterized by neurodegeneration caused by genetic mutations that impact the intracellular transport of cholesterol. The result is a build-up of cholesterol inside the lysosomes of cells, which results in neurological impairments and other systemic effects which present in a variety of ways, making timely diagnosis difficult. Infants and children with NPC may exhibit clumsiness, learning difficulties, unsteady gait, difficulty swallowing, slurred speech, and even seizures. Disease progression can result in respiratory failure and death, with a mean age of death in NPC patients of 13 years of age.

There are no FDA-approved treatment options for the estimated 400 patients with NPC that live in the U.S. J&J’s ZAVESCA® (miglustat), which has been shown to slow the neurological decline in NPC patients, is approved in the U.S. for the treatment of Gaucher Type-1 and is often used off-label. ZAVESCA is approved in the E.U. for both Gaucher’s Disease Type-1 and NPC, with worldwide sales of around $130 million. If approved, arimoclomol would be the first U.S. FDA-approved treatment option for NPC.

Arimoclomol has an extensive clinical history in NPC and various related lysosomal storage disorders consisting of ten Phase 1, four Phase 2, and three Phase 2/3 studies. There is also a substantial safety database from these clinical studies and other real-world data that is available from the ongoing early access programs (EAP) in the U.S. and parts of the E.U. The investigational product candidate has received Orphan Drug Designation for NPC in the U.S. and EU, as well as Fast-Track Designation, Breakthrough Therapy Designation, and Rare Pediatric Disease Designation for the treatment of NPC from the FDA.

If approved, it is anticipated that KemPharm would be eligible to receive a Rare Pediatric Disease Priority Review Voucher (PRV) which could be resold. There have been two PRVs sold during 2022, each for $110 million.

The NDA for arimoclomol was previously filed with the FDA for the treatment of NPC by Orphazyme, but subsequently received a complete response letter (CRL) in June 2021. The CRL identified three issues. The FDA asked for additional evidence to substantiate the validity of the primary endpoint used in the single efficacy trial, additional analysis related to how missing data is handled for statistical analysis, and additional support and data related to confirmatory evidence of efficacy. In the CRL, it is noteworthy that the FDA did not require any new trials to be completed.

Orphazyme held a post-CRL meeting with the FDA in October 2021 to gain additional information regarding a potential pathway to regulatory approval in the U.S., and through that process received additional feedback on the issues identified in the CRL. This includes the reanalysis of the primary endpoint by removing the cognition domain and rescoring and reassessment of the swallowing domain, with agreement on further analysis to validate this work. Since the original submission in late 2020, Orphazyme has amassed additional data, not only by reanalyzing the clinical data and from the open-label extension studies and active EAP programs. There are approximately 150 global participants in the EAP, of which approximately 60 are in the U.S. Agreed-upon reanalysis of the primary endpoint appears to show increased effect size and improved p-values for the pre-specified and post-hoc 4-domain NPCCSS vs. the 5-domain scores.

No consensus was obtained at the meeting on how best to handle missing data, which is a typical issue in rare disease indications. KemPharm management believes that with the totality of the evidence that is currently available, there is potentially a very reasonable path forward for a successful resubmission. Throughout its history, KemPharm has a successful track record when working through difficult regulatory pathways.

Beyond the acquisition of arimoclomol, KemPharm has also added the majority of the current Orphazyme employees, ensuring continuity with the program and expanding the capabilities of the KemPharm team.

Several aspects of this asset acquisition make this a highly astute transaction. First, KemPharm financed the $12.8 million deal price with cash through a revolving line of credit secured by its solid balance sheet, which as of June 30, 2022, held a cash balance of $114 million. This is both non-dilutive and extremely capital-efficient, allowing the company to maintain its financial flexibility and match repayment with reimbursements available to the Company from the EAP in France.

KemPharm expects reimbursements from the French EAP of at least $12 million annually based on current enrollment, which provides the potential that the transaction purchase price could potentially be recouped while working through the regulatory pathways in the U.S. and E.U. As part of the acquisition, KemPharm also assumed a rebate liability of approximately $5.2 million related to the French EAP.

The acquisition of arimoclomol appears to be an outstanding strategic fit for KemPharm. The Company has been promising business development over the past several quarters with a target in the rare, orphan neurological and CNS disorder market, and this acquisition clearly delivers. The transaction was astutely financed and has meaningful upside potential if it gains U.S. approval based on the commercial potential of the product candidate combined with the potential value of a PRV. Obtaining regulatory approval of arimoclomol for the treatment of NPC is not a given, but management’s track record in successfully navigating these issues could provide confidence to shareholders that the plan has a good chance for success.

About KemPharm:
KemPharm is a specialty pharmaceutical company focused on the discovery, development and commercialization of novel treatments for rare central nervous system (CNS), neurodegenerative and lysosomal storage diseases. KemPharm has a diverse product portfolio, combining a clinical-stage development pipeline with NDA-stage and commercial assets. The pipeline includes arimoclomol, an orally-delivered, first-in-class investigational product candidate for Niemann-Pick disease type C (NPC), and KP1077, which the Company is developing as a treatment for idiopathic hypersomnia (IH), a rare neurological sleep disorder, and narcolepsy.  In addition, the U.S. Food and Drug Administration (FDA) has approved AZSTARYS®, a once-daily treatment for ADHD in patients age six years and older containing KemPharm’s prodrug, serdexmethylphenidate (SDX), which is being commercialized by Corium, Inc. in the U.S., and APADAZ®, an immediate-release combination product containing benzhydrocodone, KemPharm’s prodrug of hydrocodone, and acetaminophen, which is being commercialized by KVK-Tech, Inc. in the U.S.  For more information on KemPharm and its pipeline of product candidates visit www.kempharm.com or connect with us on Twitter, LinkedIn, Facebook and YouTube.
Early access programs are made available by KemPharm, Inc. and its affiliates, and are subject to the Company’s EAP policy as published on its website at www.kempharm.com.  Participation in these programs is subject to the laws and regulations of each jurisdiction under which each respective program is operated.  Eligibility for participation in any such program is at the discretion of the treating physician.
Caution Concerning Forward Looking Statements:
This press release may contain forward-looking statements within the meaning of the Private Securities Litigation Reform Act of 1995. Forward-looking statements include all statements that do not relate solely to historical or current facts, including without limitation and which can be identified by the use of words such as “may,” “will,” “expect,” “project,” “estimate,” “anticipate,” “plan,” “believe,” “potential,” “should,” “continue,” “could,” “intend,” “target,” “predict,” or the negative versions of those words or other comparable words or expressions, although not all forward-looking statements contain these identifying words or expressions. Forward-looking statements are not guarantees of future actions or performance. These forward-looking statements include statements regarding the promise and potential impact of our preclinical or clinical trial data, including without limitation the timing and results of any clinical trials or readouts, the timing or results of any IND applications and NDA submissions, including the resubmission of the NDA for arimoclomol, the potential uses or benefits of arimoclomol, KP1077, SDX or any other product candidates for any specific disease indication or at any dosage, the potential benefits of any of KemPharm’s product candidates, the success or timing of the launch or commercialization of AZSTARYS or any other products or related sales milestones, the sufficiency of cash to fund operations, our plans or ability to seek funding, and our strategic and product development objectives. These forward-looking statements are based on information currently available to KemPharm and its current plans or expectations and are subject to a number of known and unknown uncertainties, risks and other important factors that may cause our actual results, performance or achievements to be materially different from any future results, performance or achievements expressed or implied by the forward-looking statements. These and other important factors are described in detail in the “Risk Factors” section of KemPharm’s Annual Report on Form 10-K for the year ended December 31, 2021, as updated by the Quarterly Report on Form 10-Q for the three months ended June 30, 2022, and KemPharm’s other filings with the Securities and Exchange Commission. While we may elect to update such forward-looking statements at some point in the future, except as required by law, we disclaim any obligation to do so, even if subsequent events cause our views to change. Although we believe the expectations reflected in such forward-looking statements are reasonable, we can give no assurance that such expectations will prove to be correct. These forward-looking statements should not be relied upon as representing our views as of any date subsequent to the date of this press release.
Key Takeaways 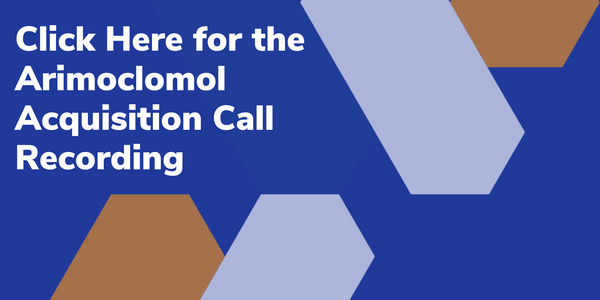 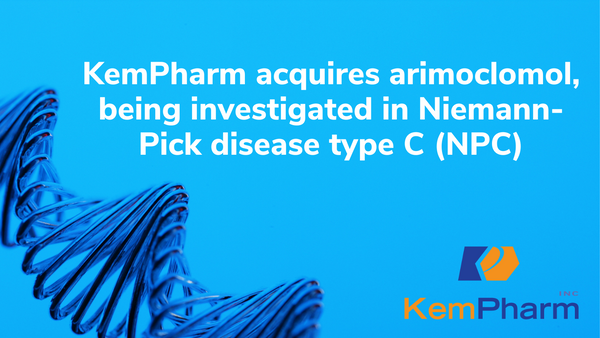 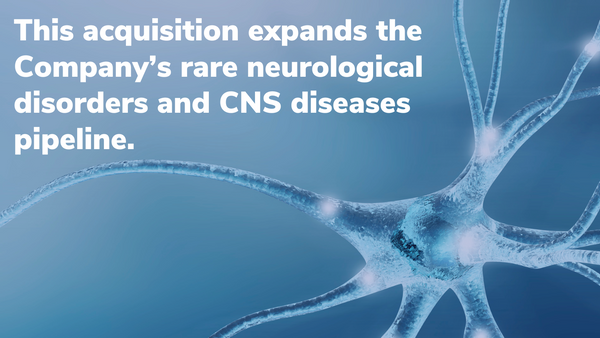 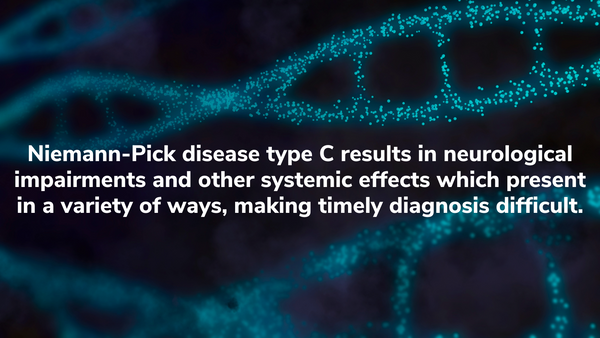 May 2022 Corporate Presentation
Download
Related Bios
https://cdn.filestackcontent.com/o58Wng5WTV2vnrejtux9?dl=true
https://cdn.filestackcontent.com/AG3wH2AR3SP2Mo58NZitaz/rotate=exif:true/resize=width:600/o58Wng5WTV2vnrejtux9
Dr. Mickle co-founded KemPharm Inc. in 2006 with the discovery of the company’s LAT® (Ligand Activated Therapy) prodrug technology. As President, Chief Executive Officer and Chairman of the Board he oversees KemPharm’s business and scientific strategy and is instrumental in the ongoing development of the company’s pipeline of proprietary prodrugs.

Prior to founding KemPharm, Dr. Mickle served as Director of Drug Discovery and CMC at New River Pharmaceuticals where he was the principal inventor of Vyvanse®, a prodrug of amphetamine for the treatment of attention deficit hyperactivity disorder (ADHD). Today, Vyvanse is the branded market share leader in the estimated $17 billion plus ADHD market. The success of Vyvanse along with a robust pipeline of prodrugs targeting ADHD, pain and thyroid dysfunctions, which Dr. Mickle was responsible for creating, led to New River Pharmaceuticals being acquired by Shire Pharmaceuticals, PLC for $2.6 billion.

During his career, Dr. Mickle has been granted more than 80 US and EP (Europe) patents and has authored more than 100 patent applications US and worldwide, primarily focused on abuse-deterrent prodrugs in pain management and mental health, including multiple patents for prodrugs of hydrocodone, methylphenidate, and amphetamine. He is also the principal or secondary investigator on numerous published abstracts and scientific articles. 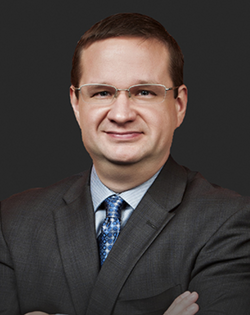 Prior to joining KemPharm, Mr. Clifton served as the Chief Financial Officer, Secretary and Treasurer of The LGL Group, Inc., a publicly-held global producer of highly-engineered electronic components and services. Mr. Clifton also previously served as the Chief Financial Officer of a21, Inc., a publicly-held holding company with businesses in stock photography and the online retail and manufacture of framed art, as well as a variety of finance, medical cost analysis, and managed care provider contracting roles with Aetna, Inc.

Mr. Clifton was an auditor with KPMG, LLP, and received his B.B.A. and M.B.A. from the University of North Florida. Mr. Clifton is a certified public accountant licensed by the State of Florida. 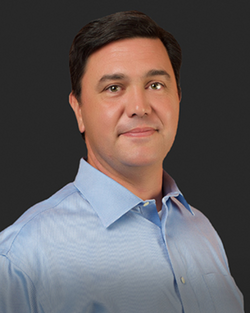